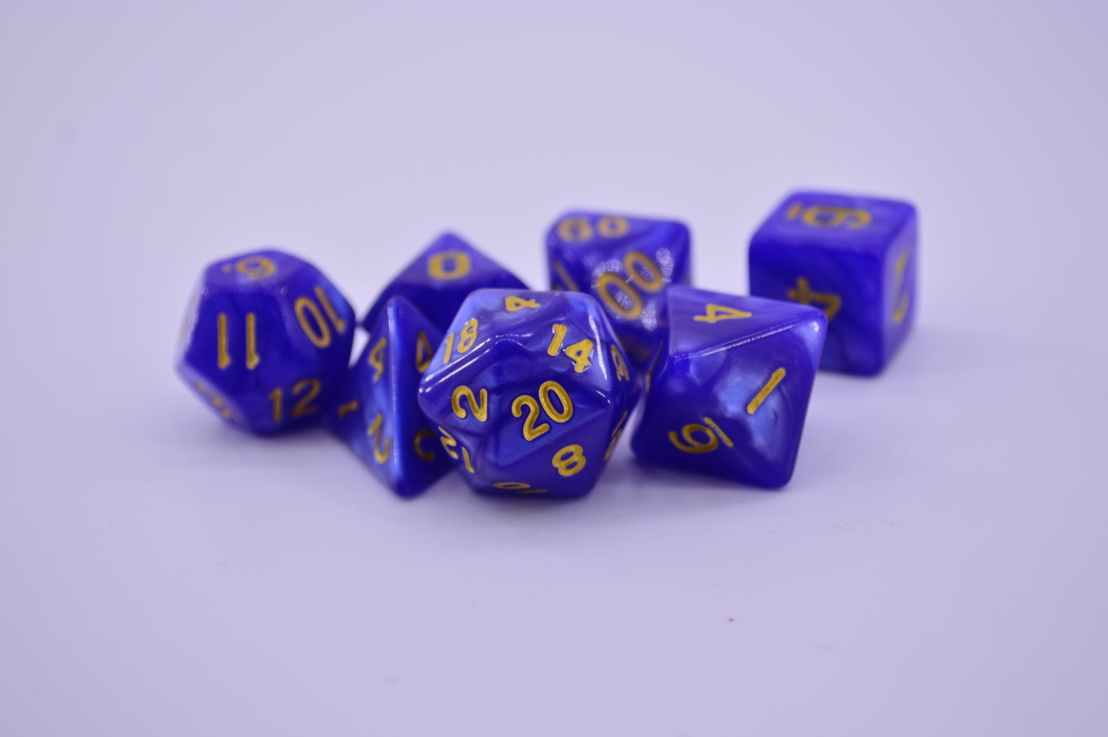 Going kind of hand-in-hand with my blog about why writers should play video games, I wanted to discuss another oft-neglected avenue of value to writers. To those of you who don’t know me, I am an avid tabletop gamer. I started playing Dungeons & Dragons in high school (2002, 3.5 Edition) and have played most of the old World of Darkness games (particularly Changeling and Orpheus). I have also dabbled in other systems such as Little Fears and Into the Odd. Right now I am running two Pathfinder campaigns and getting ready to live-stream a 5th Edition Dungeons & Dragons game. The reason I bring all this up is to let you know the extent of my experience. I’m not claiming to be a master or anything, but I have been doing this for a long time.

There’s a good chance that a number of you will have no idea what I just said beyond me mentioning that I play Dungeons & Dragons (the ampersand is part of the brand). It’s completely okay that you don’t understand it because you won’t need to in order to follow the rest of my post. Don’t stress it. Suffice to say: I am a tabletop game nerd. And I am very proud of it.

Suffice to say: I am a tabletop game nerd. And I am very proud of it.

Now, how does this involve my writing in any way? That’s where we’re headed. To those of you who know nothing about tabletop games, let me start by explaining the most basic concept of them: you get together with friends to engage in a collaborative, largely improvisational storytelling experience. Everyone in the group but one adopts a single character they will portray through the adventure. The person not playing a single character is known by many names in the genre, but Game Master (GM), Dungon Master (DM), and Storyteller (ST) are some of the more common ones. We’ll go with GM for the rest of this post which is, for the most part, system agnostic.

The individual in the GM’s seat is in control of guiding the story. They come up with the adventures to send the players on, and they are in control of the world. It rains when they say it rains. Monsters come onto the stage when the GM calls for them. Things like that. I am, at this point, a reasonable experienced GM, and I tend to be the one running stories for my groups. We have a good time together, but it is a lot of work. Not just because I have to learn the game system and do things like make maps for combat, but because I have to, on the fly, be able to get into characters’ heads and play everyone else in the world who isn’t a player character.

This means, in order for me to be able to be good at what I do, I need to understand a few key things you’ve heard me talk about a lot on this blog: story structure, character development, and narrative. And I need to be able to adjust, modify, or delete entire segments of my plan on the fly depending on what my players do.

This means, in order for me to be able to be good at what I do, I need to understand a few key things you’ve heard me talk about a lot on this blog: story structure, character development, and narrative.

For the players’ part, they remain in-character and have to solve problems, handle fights, and face challenges in the world and come up with ways to solve or overcome obstacles. Different than writing a novel, none of the individuals in the group have complete control of the story because, as I said, it is a collaborative storytelling experience. However, as in life, they have control of their characters and themselves and need to use the resources they have available to deal with problems.

What this has to do with writing is that it’s practice. As a GM I am in charge of the entire world. I handle world building and need to come up with characters and situations that are interesting to others. And I need to know where to make them follow the plot and where to let them wander. I need to understand the structure of the adventure (which is a little different than the structure of a novel, but still similar) and create adventures within that framework.

The agility required to accomplish all of this is something that has a huge impact on my ability as a writer to think around problems in my manuscripts. It also has given me the opportunity to bounce story ideas off others in a non-threatening setting. They’ll find plot holes for me, or they’ll come up with angles on a problem I’ve never considered. While I wouldn’t advise forcing players through a one-for-one of your novel, you can test out characters and settings and such and see how people react.

While I wouldn’t advise forcing players through a one-for-one of your novel, you can test out characters and settings and such and see how people react.

In some ways, running a tabletop game is like having a test kitchen for my characters, settings, and scenarios. If I am acting as a player, I can use a character from a novel and adapt them into the setting. Then I can really get deep into their head and experience and get to know them very well. If I am acting as a GM, I can introduce people to a large number of my ideas and see how they respond. Again, running a tabletop isn’t like a movie or novel; I don’t control what my players do with my story. They might look at the glaring neon sign that says “PLOT HERE” and go in an entirely different direction. But nonetheless I get a feel for whether or not people are interested in the story I’m telling or not.

Beyond that, it gives me a chance to practice something else: pacing. If I spend too much time monologuing as the Big Bad Evil Guy (BBEG), my players will start looking at their phones or scrolling Facebook. Or one of them might just stab them in the middle of it. On the other hand, if I don’t give them enough information or enough downtime, they’ll end up worn out. If there isn’t enough action, they might set fire to a village just for something to do (my groups probably wouldn’t; they topple monarchies when they’re bored). This develops my understanding of what beats need to happen when, and how long people really want to spend participating in various plot points before they need another thing to break it up so it doesn’t become boring.

This ability to test out my ideas and concepts has been invaluable to me over the years, and I treasure my time at my game table. Not just because gaming is also a vehicle for Mt. Dew, Cheetoes, and bad puns. But because I actually learn things about writing while doing it. Much like my previous blog defending time spent playing video games, you can learn a lot about structure by immersing yourself in tabletop gaming, and it can, in fact, be an extremely rewarding hobby for those of you who have this kind of interest.

You can also find a tabletop that will allow you to play in any setting you desire: high fantasy, low-magic settings, sci-fi, modern day, horror, comedy, surrealism. . .there are systems to handle all of that if you look. So you can find something for just about everyone. While learning a system may seem daunting at first, there are plenty of options for folks looking to get into the tabletop experience. Plus you can find many podcasts and videos online talking about how to start the hobby.

It’s also a gateway hobby to other things like terrain building and mini painting. And dice collecting. You have been warned.

Ultimately, as with many creative endeavors, it is just another method to get into the experience of creation and development. You can cut your teeth on world building in new ways, and you can explore the setting you have created with other people (your unwitting subjects) and see what works and what doesn’t in a low-impact and low-stress manner. You can also work out the kinks in your own skills as a writer while doing it.